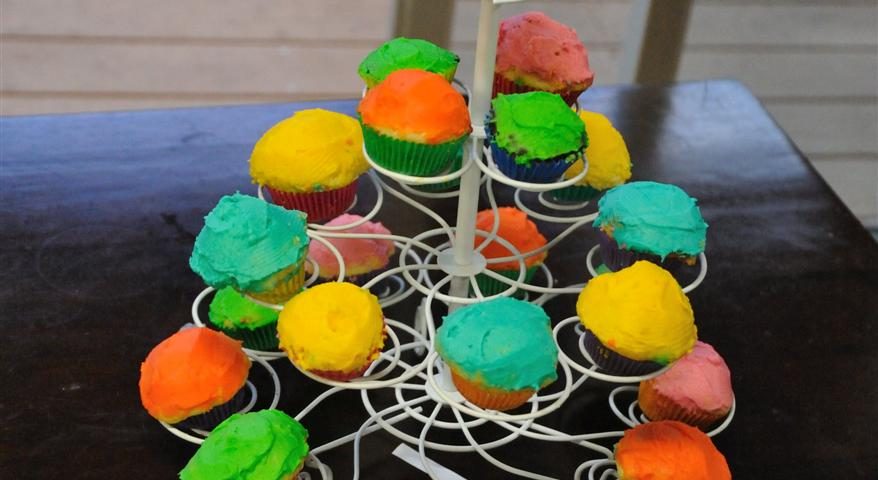 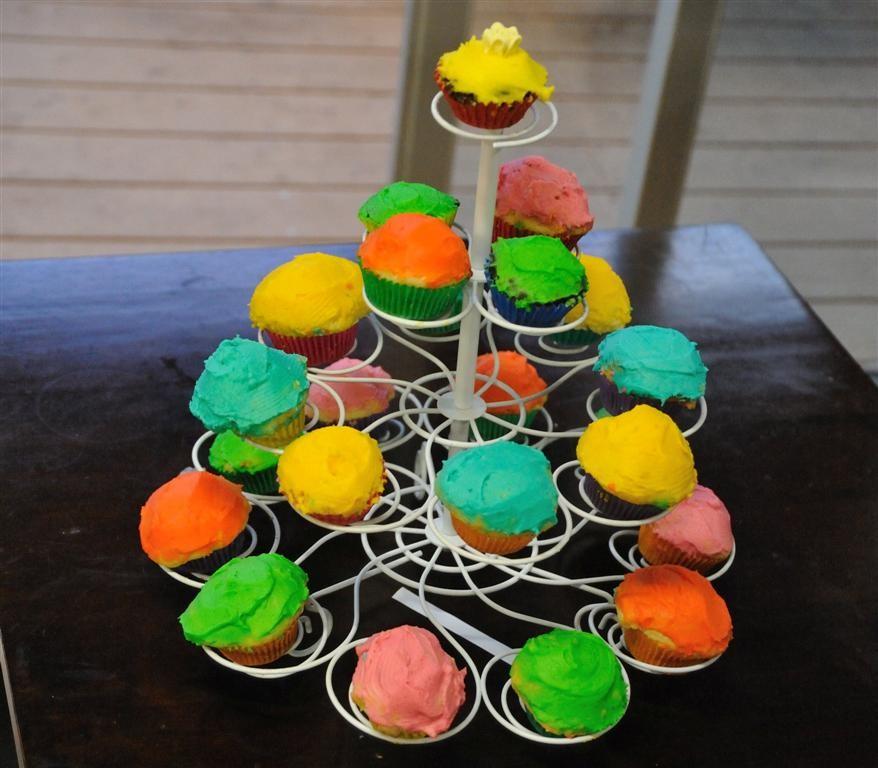 Like the bright array of cupcakes in this post, the launch was colourful and very enjoyable. It was an amazing night with great support behind the scenes. The D2DL team helped with catering for the event and spent the majority of the day putting together platters, cutting up crudites and creating chicken skewers. I had the wonderful task of baking and icing the cupcakes, which explains why there are so many colours. I believe over 100 people attended the night, including my family. The event was opened by Clover Moore, who was introduced by Graham Long, CEO and Pastor of The Wayside Chapel. I had a little speech, as did Alan, one of our visitors who participated in the deck. While icing the cupcakes I could hear the rehearsal in the other room… “Hello, my name is Alan…”, “Hello, my name is Alan…” 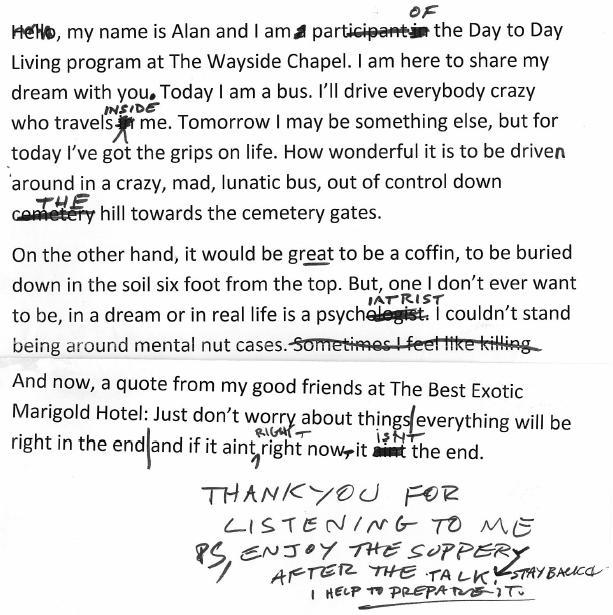 His speech was very well received and it was a lovely surprise to announce that number ’30’ aka Alan had won people’s choice award. We shook hands and handed over the certificate, to which he responded by whispering in my ear “it’d be nice if you could write my name on the award”. In our haste after counting the votes, we forgot all about that technicality.

An important announcement was made on the evening by Alexis Mohay, director of Day to Day Living nationwide, and that was that there will be another deck of dreams. The Deck of Dreams, community languages. More details to come soon.

On the night we had a beautiful dream tree up, a collection of sticks in a glass vase filled with pebbles from our rooftop garden. People added their postcard dreams and experience over the evening. I’ll be putting them up soon.

Thank you everyone who made the evening possible and such a success! A special thanks to a visitor who is known for her wonderful catering skills, who declared “Jen, I know this is important to you, I am going to make you shine” and indeed she did. Thank you!

Founder of jenaboki.com.au. Maker of art, former speech pathologist, and mum of one. Her designs promote wellbeing and embrace playfulness. She hopes her creations will sprinkle a little fun and happiness into the world.

This site uses Akismet to reduce spam. Learn how your comment data is processed.

New In the Garden